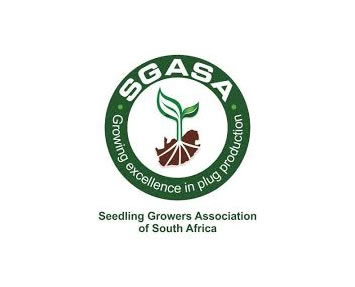 This certification ensures our seedlings are of the best possible quality and that we are adhereing to standards nationally. Customers can have piece of mind that when they purchase Sunshine Seedling Services seedlings, they are investing in good quality, high-yielding plant material.

They ran to the groceries, they filled up their carts, 🛒🥩🥚🥛

They emptied Checkers, PnP and Spar

They panicked and fought and then panicked some more, Then they rushed to their homes and they locked all the doors.

The food will be gone! The milk eggs and cheese! 😱

The yogurt! The apples! The green beans and peas!

The stores have run out, now what will we do? 😩

They’ll be starving and looting and nothing to do!☹️

Then they paused, and they listened a moment or two.

And they did hear a sound, rising over the fear, It started out far, then began to grow near. 👍

But this sound wasn’t sad, nor was it new, The farms were still doing what farms always do. ❤️

Though the cities had forgotten from where their food came, The farms made them food every day, just the same.

Through weather and critics and markets that fall, The farms kept on farming in spite of it all. 👩‍🌾 🌱 🌽

They farmed without thank yous.

They farmed without praise.

They farmed on the hottest and coldest of days. 💪🏼

They’d bought all the food, yet the next day came more, And the people thought of something they hadn’t before.

Maybe food, they thought, doesn’t come from a store.